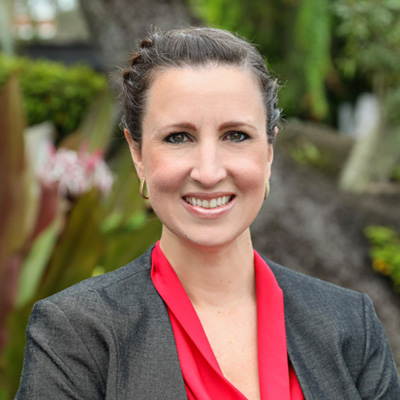 Originally from Lexington, Kentucky, Erin worked at a national television network before realizing that her true passion was the law. She then went back and attended law school and has been representing Insureds in various capacities ever since becoming a member of the Florida Bar in 2011. Erin has handled litigation in both state and federal courts throughout Florida and the United States. She has handled insurance cases from their inception, all the way through the appeals process.

Erin has extensive knowledge and experience involving both residential and commercial property disputes, some that have resulted in bad faith disputes. Erin is also not afraid to take an insurance company to the mat and has prevailed in jury trials over some of Florida’s largest insurance companies, including Universal Property and Casualty Insurance Company and Citizens Property Insurance Corporation. She is committed to holding insurance companies accountable for the promises they make to their insureds, even it means holding them accountable in front of a judge and jury.

Erin graduated from the Florida Coastal School of Law, where she was a Dean’s Scholar and received the Founder’s Award. While attending Florida Coastal she was member of the award-winning Mock Trial team and was Vice President of the International Law Society.

Erin also enjoys educating others in the field of Insurance and has lectured on insurance and litigation issues involving first party insurance claims throughout Florida, including having presented at conferences such as Windstorm and FAPIA. She has also discussed topics such as Hurricanes and Sinkholes on the Tampa Bay-based Radio show, Tampa Home Talk.